A Hero’s journey movie is star wars. Star wars is a Hero’s journey because at the start the hero’s life is normal then adventure calls to him. The hero is faced with conflict then the adventure begins. The movie in a galaxy far away in this galaxy human and many species of aliens co-exist and interact with each other.

A mystical power “the force” is described as an energy field created by all living things that bind the galaxy together. Through training and meditation, those whom the force is strong with are able to perform some superpowers such as telekinesis precognition telepathy and manipulation of physical energy.

The force is welded by knighthood orders at conflict with each other. The Jedi the peacekeepers of the republic who act on the light side of the force. And the sith Ancient enemies of the galactic democracy who use the dark side by manipulating fear and aggression. The Jedi and sith use a weapon called the light saver.

The two forces battle for the right to the galaxy they use light savers and battle each other. They have to go through lots of training and meditation before they can battle.

This movie star wars is a hero Journey movie because there is a conflict between the Jedi and the sith who battle it out with light savers. This movie is really interesting and keeps you wondering what is going to happen next it is very suspenseful.

My dream truck would be to own a 2008 ford f350 Powerstroke. I would buy a Platnum ford so that it would be fancy and come with a leather interior. I would build the truck how I want and do all the upgrades to it that I would like to do. I would do lots of work to the motor so I could get as much horsepower I can get out of the truck.

For the interior, I would already have leather seats because its a platinum.  I would buy two 12 inch subs and a 500-watt kicker amp I would build a box for the subs and mount them underneath my rear seats. I would also get a cab under glow lights for the truck. I would get an Iron cross rear and front bumper for the truck with led light bars in the front bumper and rear bumper. I would also put a new cowl hood with 3Inch hood scoops.

This would be my dream truck. I would love to someday own a truck exactly like this.

I choose #5 by Helen Keller “Keep your face to the sunshine and you cannot see the shadow.” I think the poem is trying to say to keep looking forward and forget about the mistakes you’ve made in your past. The poem wants us to keep looking toward the future and change the bad decisions we have made and just forget about them cause there our past. Helen Keller is able to focus on staying in the sunshine and she stays positive but for most people, they keep thinking about there past and their shadow which brings negative thoughts and feelings.  So we all need to keep the sunshine to our face and keep thinking positive.

I choose the story “How I became rich” I think this is a good story because it’s not that the writer is money rich but rich with quality of life. The narrator was poor money wise but she and her bf managed to find enough money to take a trip to Hawaii and while they were in Hawaii their taxi driver taught them a valuable life lesson.

While they were in the taxicab the driver said “I wish I was rich like you Americans” The girl said what do you mean we rent an apartment and share it with a roommate and I save ketchup packets from Mcdonalds to save money. The Taxi driver shook his head and laughed. The lady asked what do you mean rich like you Americans? The cab driver responded with rich in the quality of life you have and all the luxerys you have in America. The driver started showing and telling them about all the poverty and how much lower there quality of life is compared to America.

She thought but how? In America its always cold and its always snowing in the state in from. We have lots of droughts and then forest fires and earth quakes. The girl started seeing the number of homeless people and all the poverty in Hawaii and relized she is ‘rich’ because of all the luxerys and the quality of life she has in America.

In 30 years from now i would like to travel to vermilion and see how much it has changed and see if the town has grown or shrunk and visit all the places I go to now and see what’s different. In 30 years I would like to see what new gadgets apple or Samsung has created or see if any new technology companies have started and what their billion-dollar ideas are.

I would like to see how much Canadians way of life has changed. I would like to see the new techniques for Agriculture. I wonder if in 30 years if all cars will be electric? and if they would invent electric farm machinery. In 30 years I wonder what Canada’s economy will look like and how much it will change from now.

If Canada’s economy changes a lot I wonder what products would it change too. I wonder if there will still be oilfield in Alberta in 30 years. It would be interesting to see if the Canadas army has changed in 30 years and to learn all the new military practices.

If I could time travel I would choose to go into the future. It would be so cool to learn the stuff that we do in the future now.

One of my dream places to visit would be the Dominican republic. I would really like to go because its warm weather and the water is blue and it would be a beautiful place to visit. https://en.wikipedia.org/wiki/Dominican_Republic

If I could teleport somewhere right now I would teleport to go sledding in the mountains. I would take my 2013 ski doo summit and go to Revelstoke in B.C I would rent a cabin and make it a 5-day trip. I would go in march Because the snow is nice and deep and good powder so it would be very to go in March. 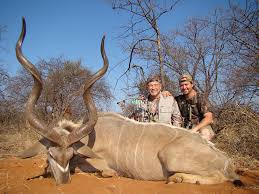 I would love to be able to teleport myself to Africa to go hunting. I would go to the north end of Africa to go hunting. I would want to shoot a water buffalo, Impala, Kudu, Gemsbok, Springbok, Warthog, Leopard. I would like to harvest all these animals. I would go through the guiding company called “African hunting Safaries” I would use them cause they are very knowledgeable and people always harvest good quality animals through them.    https://en.wikipedia.org/wiki/Africa     https://www.africanskyhunting.co.za/

If I could have the power to teleport these would be the first 3 places I Visit. All of these places would be very fun and interesting for me to teleport to.

my favorite genre of music to listen to is heavy metal or rock. I like the band motley crue my favorite song by them is Kickstart my heart. I also really like the band Metallica and there song for whom the bell tolls. Another song I never get tired of hearing is from Nirvana Smells like teen spirit.

The song kickstart my heart gets me pumped up. “Kick start my heart hope it never stops” The song is a really fast and loud song. Kickstart my heart was released in 1989. I could listen to this song over and over again and not get tired of hearing it.

The song For whom the bell tolls is a good song that I never get tired of hearing. “Make his fight on the hill in the early day” It a good song and they use lots of instruments to make it sound good and all the instruments work and sound very good together.

The song smells like teen spirit was released on August 27, 1991. I love listening to this song and never get tired of hearing it. “Load your guns bring your friends” it is Nirvana’s biggest hit song.

These are my 3 top songs that I never get tired of listening to I could listen to all of them over and over again. My favorite type of music is rock that’s why I choose all rock songs.

Translation for mama   By Richard Blanco

It is a family talking around the kitchen table. While the mother is waiting for her coffee to be made. It is where their family has time to be with each other and create memories as a family.

What I mean when I say truck driver  by Geffrey Davis

The truck driver has been on the roads trucking for months without seeing his son. The trucker missed his son’s 15th birthday but he will be home soon to see his family.

Are you the same person that you were 5 years ago? No, we have to question and find the truth to answer this question. But the truth would tell us no because every morning we wake up and do something different than yesterday and in 5 years that’s lots of time to do new stuff meet new people travel new places so I say no.

I think that in order for us to get smarter we have to question, question and question. If we keep asking questions we will become more educated and hopefully find the key to success and happiness. I think that through questioning we can achieve this.